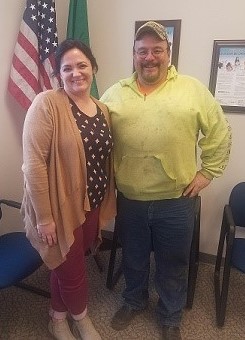 For many people asking the question when will the economy get better, is much better than thinking that there is no long term hope for a better America and world. Since we are currently the worlds reserve currency the world economy is inextricably linked to our currency and economies health. That is why we must keep abreast of the actions and policies of our government; it is like a de facto barometer of world economic health
President Barrack Obama is currently on a campaign to reassure all Americans that the current turmoil in the world economy will still settle, and moreover the United States is already on its road to recovery. This is in spite of the fact that economic news is still on the bad side and the markets still suffer from major drops.
During a recent talk in the Washington Navy Yard, the President reiterated that he believes America can get through this tough situation and that the economy is already getting better. He went on to say that everyone in his staff will be working together tirelessly in order to achieve this goal. Also on this occasion, the president discussed his plan to lessen the unemployment rate of average Great Courses Small Business citizens and veterans in our country. However, he and his administration did not have a plan to help the recent 500 point plunge in the Dow. What’s more President Obama entirely avoided addressing, what was tantamount to a crash in the market. With this type of blatant denial and dodgery, if we are to answer our question, when will the economy get better, we have to look elsewhere.
Obama himself admitted that this year was an exceptionally tumultuous one. His single highest priority now will be getting America, and therefore all other countries, back to work.
If you are asking when will the economy get better and believe the president’s assertions, a better question might be, is it enough? One of the main keys to his policies working is the nonpartisan cooperation between Democrats and Republicans. This in and of itself may be a problematic, and possibly very costly assumption. As we have seen with the recent debt ceiling fiasco this cooperation can be largely up to the whims of our politicians. Even in the face of a scary crises this cooperation was nonexistent. Many have lost the last remnants of confidence they had. In order for businesses to give more confidence to the economy, and start creating jobs again it must have this confidence in the government. Otherwise investing and hiring will not happen. Americans are expecting more from the government, these two parties must find some way to work together for the purpose of making the economy grow once again. We must strengthen our country’s long-term finances.
The employment report last July brought somewhat good news. There are 117,00 jobs, higher than what was expected. This is keeping in mind that these expectations were low and based on a previous year of lack luster performance.
Every month, around 125,000 jobs are required so that the country’s unemployment rate will remain steady. While approximately Pre Approved Payday Loans Online 200,000 jobs every month for more than a year would be needed bring us down approximately one point percentage.
When will the economy get better will basically depend upon the rate of employment. Right now, unemployment is critically high, but there are still some hopes for both companies and households.
As of now, no one really knows what will happen in the coming year, if the economy will actually get better or if things will become much worse. Will the much feared economic collapse actually take place, or will we neutralize this imminent danger? The majority of such questions will remain largely a mystery, until that time is close at hand. The only constant is that you ought to be prepared and have a viable plan regardless. The only other constant is that we have to take some responsibility if we are to have a solution. We will have to learn to come to terms with the fact that we might have to be the ones to clean up this mess; even if we didn’t make. This time, the work must not just come from the officials. Everyone must reaffirm their responsibilities to our country and work together in order to ensure that a much brighter tomorrow will be waiting. If we can do this, if we can work together effectively with one another, then we will be the ones who have the answer to this all important question, when will the economy get better .

READ  Is the Economy Really Recovering?

Did you realize that in the past three years the American way of life and the standard of living has dropped dramatically in a relatively short time frame? If you have noticed as much of […] […]

The modern way of securing a loan is to apply to an online lender. It might seem a little bit of a risk, with our local bank at least familiar and responsible, but the benefits […]

More often than not, lately, daily life can seem financially daunting. It’s no illusion. Around the country, family budgets are shrinking, while expenses are growing. These new challenges are the result of a horrible economy, […]